Top Builders Capital Berhad (TBCB) and its subsidiaries are specialists with almost 30 years’ experience in engineering and construction services. Specifically, the TBCB Group designs, engineers and constructs key infrastructure components including piling, foundation, bridges and buildings.Since inception TBCB Group has accumulated an extensive track record of completed projects for both the public and private sectors to a total contract value of approximately RM2.7 billion. Armed with its own in-house design and engineering professionals, TBCB is a competitive and formidable participant in the marketplace as a total multi-skilled solutions provider with acompetitive edge and versatility to secure projects.

The Group is highly recognised in the industry for its diverse expertise and experiences across multiple discipline of engineering and has been involved in a number of high-profile projects such as Sungai Pendang flood mitigation project, award-winning Putra and Prai Bridges, Klang Valley Mass Rapid Transit-Kajang Line, Kelana Jaya Light Rail Transit Extension, Paradigm Mall and KL Eco City, just to name a few.

TBCB Group is committed to initiating and building good relationships with stakeholders including our customers and vendors to achieve successful implementation of sustainable growth. This is critical to stay buoyant in a challenging economic environment. With goals in sustainability and development, we are able to create long-term value for our stakeholders.

Consequently, we are capable of carrying out economic, environmental and social (EES) activities without compromising the growth of these areas, or the future of the company and all our stakeholders. Our commitment to sustainable development can be seen in our Sustainability Statement, published in our Annual Reports.

To ensure a sustainable journey, we have in place coherent strategies, new ideas, policies, frameworks, work practices and action plans which help to mitigate any negative impact to the Group. At the same time, these measures secure positive returns on EES benefits.

Board of Directors & Key Management 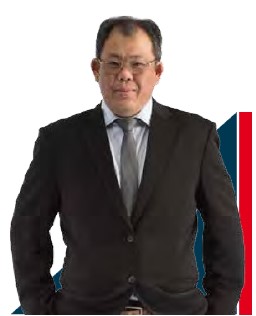 Responsibilities: Mr. Siew Mun Lout is responsible for the day-to-day operations of all projects undertaken by our Group.

Education Background: He graduated with a Bachelor of Engineering with Honours from the University of New South Wales, Australia in year 1987.

Career Background: He began his career with Syarikat Manong Sdn. Bhd. in year 1987 as Site Engineer. In 1990, he left Syarikat Manong Sdn. Bhd. and joined Ho Hup Construction Company Sdn. Bhd. (now known as Ho Hup Construction Company Berhad) as a Site Engineer. He was subsequently promoted to the positions of Construction Engineer and Project Engineer before he left in 1994 to join Ikhmas Jaya as Project Manager in the same year. He was than promoted to be Senior Project Manager in year 1997 and then to General Manager of Rekavista in year 1998. Subsequently in 2002, he was promoted to Executive Director of Ikhmas Jaya.

He has more than 25 years of construction experience in bridge works, earthworks and road works including breakwater constructions and was involved in numerous types of projects involving highways, dams, marine works, laying pipes, bridge constructions, bore piling and basement constructions. 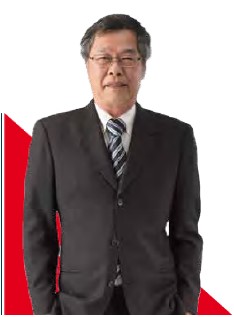 Career Background: He began his career in 1979 with Wan Mohamed & Khoo Sdn. Bhd. as an Engineer. He was promoted to the positions of Senior Engineer, Associate, Senior Associate and Director before he left the company in year 1990. In year 1990, he joined Ho Hup Construction Sdn. Bhd. (now known as Ho Hup Construction Company Berhad) as a Senior Project Manager, where he was in charge of the design department and bore piling division. In year 1997, he left Ho Hup Construction Company Berhad as a General Manager to join Ikhmas Jaya in the same year as Managing Director. He has been a member of the Institute Of Engineer Malaysia since year 1983.

He has been involve in the construction industry for more than 35 years and his expertise is in the area of structural design which focuses on bridges, high-rise buildings and industrial buildings. He also specializes in bore piling and foundation works. 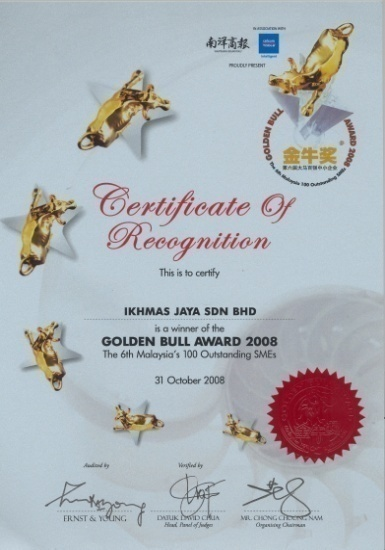 Listed on the Main Market of Bursa Malaysia Securities Berhad

Undertook the construction of a service apartment for Star Effort Sdn Bhd, contract worth RM166.4 million

Kayangan Kemas Sdn Bhd awarded contract of RM65.3million for sub-contract works for the construction of a bridge

Received contract value of RM173.5 million from Gallimont Development Sdn Bhd for the construction of a 49-storey block of serviced apartment

Obtained a RM33.81 million contract from Symphony Crescent Sdn Bhd for piling and substructure work for 2 blocks of the business tower

Foundation work completed for the OPUS in Kuala Lumpur